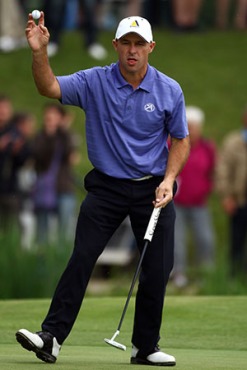 “I saw the CPI Course and as I have a keen interest in putting I wanted to learn more.

“The knowledge was factual and I have faith in facts. I did it section by section and it was like a good book that I couldn’t put down.

“The process of the CPI Course was good and I enjoyed it. In every section there was something that stood out and it all made perfect sense.

“I have had a lucky background, working with many good coaches as a player. As a player you look at putting from one point of view but as a coach you see it from different points of view and need to see things from a more neutral standpoint, rather having your own bias of what worked for you.

“In some ways, it opened my eyes to a different perspective. It was good to learn facts about putting. You can’t argue with facts.

“The fundamentals are so important: setup, ball position. The CPI Course really reconfirmed the idea of arm hang posture and matched what I had been taught and had found as a player that with a good setup I putted well.”

Coles, who will complete his PGA qualification this summer was vice captain of the PGA of Great Britain and Ireland team that played against the PGA of America in the PGA Cup at Barton Creek in Texas last year. His experience of playing the game is long, having been introduced to the game at age 10 by his father.

“When I turned 16 I made a conscious decision to try harder at the game and by the age of 22 I had turned pro and played the Challenge Tour. When I was 23 I obtained my European Tour card and for the next 20 years I was on and off the tour.

“When I played well it was all down to putting so I understand the importance of it. You have to enjoy putting to be successful and I have always had an affinity for putting.” 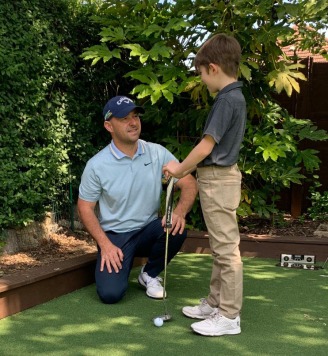 Coles sees the potential that putting has to help golfers score better and enjoy their game more.

“The majority of golfers can make massive improvement and putting is not as prominent as it should be. I still play in pro-ams and see my amateur partners play reasonably well, but waste shots on the green. The scope is huge to improve people’s games through putting.

“After a putting lesson I want my students to leave with confidence and an understanding of how to go about putting. I want them to have confidence that they are a better putter and as they make progress, arm them with the fundamentals so they can stick with what they have learned and not fall back into their old ways.”

Frank Thomas, founder of Frankly Golf, former longtime USGA Technical Director, inventor of the graphite shaft and the person who introduced the Stimpmeter to the game of golf said

“I am very pleased to have Rob join the family of CPIs who have taken advantage of the structured, systematic and evidence based approach to understanding and teaching the natural putting stroke. Rob clearly recognizes the importance of putting, with his impressive credentials as a touring professional, and will benefit significantly from building his expertise in putting instruction, allowing him to enjoy watching his students improve rapidly and gain confidence on the green.”