PGA professional Martin Tavoda recently became the first Certified Putting Instructor (CPI) in Slovakia. Located at Tale Golf Club, one of the biggest clubs in Slovakia with 800 members, and the three-time host of the Ladies European Tour Slovak Open, he has access to 27 fabulous holes of golf and excellent practice facilities.

“The CPI Course was very good. I liked to be able to do it at my own pace because I am very busy with coaching and other things. Some areas of the course I knew already and it was good to recap, but some aspects gave me new knowledge that I was able to put into practice immediately,” said Tavoda.

“The swing plane of the putter was something that I had never really analysed in depth. I knew about it in the full swing, but not in putting, and the putter technology was something new, for example the importance of weight distribution in a putter and the benefits of a mallet.” 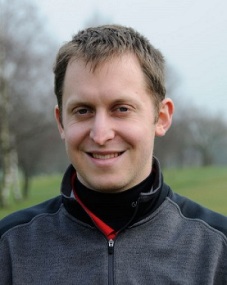 Tavoda looks forward to working with his clients to provide a new service with a focus on putting.

“I am a full time teacher and teach all sorts of players from beginners to elite amateurs. The CPI qualification will enhance my business. It will help me give existing students a new service and make other golfers more interested in taking a lesson. It will especially help my elite students.”

Tavoda is an accomplished golfer himself, starting playing at 12 years old at a summer camp where golf interested him straight away. He has the distinction of playing golf for Slovakia from age 16 until he was 24 years old and turned professional. He played in the European Team Championships at both Mens’ and Boys’ level and was fortunate to meet Gary Alliss (the son of the legendary Peter Alliss), who was the Slovakian National Team Coach and helped guide Tavoda’s career.

“Gary is still my coach and through my discussions with him I learned about the University of Birmingham and liked that I would be able to study my passion and hobby while still playing golf for the university team at the same time. It would not be possible to do this in Slovakia.”

Tavoda headed to the UK where he completed a Golf Management degree at the University of Birmingham, followed by an MSc in Sports Coaching. Having become a fully qualified PGA professional he is back in Slovakia where he is excited to be part of a growing game and blazing a trail by becoming the first CPI in the country.

“Golf is a new sport to the country. Actually there was a golf course in Slovakia more than 100 years ago but due to our history it was not until 2005 that golf started booming. Now, there are new courses being developed and new golfers getting started in the game. Memberships are growing. We have about 20 courses in the country. Ice hockey is probably the most popular sport, but golf is one of the newest and is growing steadily,” said Tavoda.